Turning off fps limit in Unreal Tournament 436 vs 469+

Turning off fps limit in Unreal Tournament 436 vs 469+

Now this is freaking cool!


UT Sniper (SJA94) wrote: ↑
Tue May 12, 2020 4:36 am
A few years back I made a video showing what happens when you turn off the fps limiter for Unreal Tournament on modern machines, the game becomes pretty much unplayable due to massive speedup with the game engine not being able to handle more than 200fps, it would also make you warp back and forth online because you are moving faster then you should, resulting in you getting kicked by server mods(like ACE, newnet), or even getting banned from a server if an admin spots you ruining the experience for the other players.


Now with the upcoming release of Unreal Tournament 469 there has been a big change regarding the fps limit, the game engine can now run on pretty much unlimited fps limit without causing a speedup(something like 2000000 limit, but most likely limited by your computer's performance), you can also now play online with over 200 fps without warping/speedup(few servers may restrict this however).

A new command has been added to change you fps limit without having to use the old preferences command, now all you have to do is type fps <number> into the console. e.g fps 250
If you are on a server that runs ACE and you are using ACE's highperftoggle feature the fps limit change won't happened until you reconnect.

Online your fps is restricted by your netspeed FPS limit = netspeed / 64, on the default LAN netspeed connection setting you will be able to play with a limit of 312.5fps, you can change this by using the command netspeed <number> in your console. e.g netspeed 15000 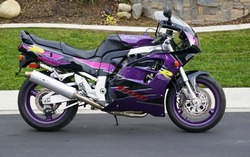