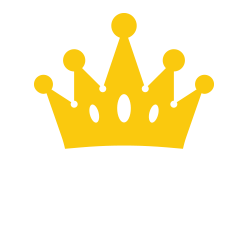 "Create a name that people will remember you by." - {SoP}DeathShadow ~2001

Korey: Coty, come check this game out.
Coty: I don't think I'll like it.
Korey: I'll have my Dad give you a copy of the game.

I take it home, play it, get hooked. Play for hours on end, I get my sister and mom hooked. First CTF server I ever played on, Roseanne's Bum, first sniper clan I joined, {SoP} aka Standing Operating Procedure.

Korey (Acid), and I create our own clan, the Super Intelligent Flaggers, a CTF clan. My job was simple, recruit and I did just that. Recruited non-members and members alike. Pulled people from {WINGS} and The House of Fools and other active clans at that time, made -=SIF=- into the biggest multi-formed unique clan in the game, we were different compared to the others. Players from all skill levels, all game types, from 5+ different clans were part of us. Trained them, if they needed it. They were free to stay or leave if they wanted to.

Tragedy struck on 9/11, we held a service on TS2, we had our services paid for by Acid's Dad. But then, things started getting rocky in the virtual world, and in the personal world for Acid and he had to step away for a few months. Drama fueled and enraged me, the pressure started to build on top of me. My target? The House of Fools... every member I pulled from them, I logged into their accounts on their forums. I even had one of our own attempt to hack their servers, causing then, -=SIF=- to become a security risk and I became the "black slithering snake" of the CTF Community.

Fast forward... -=SIF=- went another direction, into sniping. I took us into the stomping grounds of {SoP}, two clans that have a past. We merged, but we wanted to recreate.. after some thought, and shaking things up, we came up with -=SoP=-, Soldiers of Perdition. Perdition, meaning Hell. We've all been through it. Some of the crew was questionable, from -=SIF=-, because of their game play, so I brought that portion of guys back to CTF.

Me and those few guys.. merged in with {WINGS}. And I made it clear to them, this is where you stay. Doesn't matter where I go from here on out, this is your home now and they did. And that's where Flawless, wall_nuts, Trogdor, Sandman, Marysie, and many more planted their roots until the end. Me.. I hopped back and forth, helping clans, like -[AA]-, until Viper and I had our disputes and destroyed it internally. And I came back to {WINGS}.

Then, I was given an oppurtunity to run a clan, with another UT player, his name, Chilz and the [*SA*] clan. So I messaged LORT and said, "Boss, I got a job to do, but listen, I will return, you know I will, just promise me, you'll accept me, again. His reponse, "The doors are always open." I left, but my with a condition to Chilz, "I'm only sticking around until your clan gets off the ground", his response, "ok, that's fine." TWO MONTHS, it grew and expanded to over 200+ members, into more games than I've ever witnessed in UT history. I packed my bags, came back home, to WINGS.

I wanted admin in WINGS, because I was tired and wanted to stay where I belonged. But, because of my past and my childish ways, I wasn't given it. Things became rocky, internally. I left, and WINGS ended up collapsing ~2008.

CandyMan disappeard... Where did I go? PS3. Call of Duty Franchise. MangaGate and I created the [BAMF] clan (Manga messages me on 7/23: "did i tell you my old high school buddy Ryan works with me at Wawa? he used to play with us back in Modern Warfare 2, when we had BAMF"), and rocked the CoD game, and got my cousin, Alex into the games. For a year and a half, I had no interest in UT.

Then, I get hit up. "Come back", said Izzy. So I did, -=SoP=-CandyMan, once again. Played for months, became a referee in the FN Ladders, admin in -=SoP=-, but then I got the itch... let's try something new, a new name... so I like Joker. I put it on... Love it! Then I thought, I haven't played CTF in almost 2-3 years, let me pop on there, this is perfect... NEW NAME, NEW COMPUTER, NEW IP, NEW EVERYTHING, THEY WON'T KNOW ME (haha)! What server did I go on? The only one active at that time with players, VULPINE MISSION. Went on, whipped ass, left. Came back to -=SoP=- servers.

Came back to Vulpine, did it again. Left. Came back. Left. Came back. Left. Then I said. Enough. I'll go to www.vulpinemission.com. And what in the fuckery is this. The song I hear is The Game by Motorhead. Who is the jackoff running this show. Ooh, Chopper, that explains it. I hit him up, and I said, "what are you trying to do." And he says, "What do you mean?" "I said, you know that's my calling card."

3 months later.. I apply, 3 people knew who I was under Joker... Airbourne, Ven and Chopper. But I got in. And the rest is history. The one clan I hated so much in the past, I ended up joining...

8 years in VM today. 19 years in the game. And I'm closing that Chapter. Today, I'm retiring from Unreal Tournament. From beginning to end, everywhere I went, people followed. Do not let the past define who you are. I had one hell of a shitty one but I laid down one hell of a great future for everyone, especially for future generation Vulpines. I recruited, along the way, from clan to clan, from game to game, from SoP, to SIF, to WINGS, to BAMF, back to SoP, to VM, pulling people in from real life into the gaming world, right Frank ;). Unreal Tournament made me, because of the people I met along the way. Every fuck up I did, I learned from. I've gotten humbled more times than I can count. I get humbled to this day, and I humble people, but I also tell people to stay humble.

If you ask me if I'd go back and change anything on my part, no I would not. But I'd go back and bring back all the people we've lost along the way, people like, STARS (who introduced me to uk servers), Vendetta (who would talk to me all the time on MSN about his military experiences), Toxic (my UT father, who would definitely set me straight if I got out of line), Sgt. Pepsi (we never crossed paths, but I've heard stories, genuine person), Bratzilla (I really wish you and I would've gotten along, and things didn't go south like they did, sir), DeathShadow (I really wish we could've met.. because of you and the statement you said to me back in 2001/2002, people know me 19 years later and who the hell CandyMan is) and many more that I may have forgotten and/or the most recent ones and it's because of people like myself that keep the memories alive.

Go back and read some of those lines. Some of them is exactly how I treat our members/past members. "The doors are always open"... Enemies became my friends, friends became my family, like the 3 biggest brats of the past, RJ, KiLLaH and Mercy

I've adminned, co led, led, founded, more clans, forums, teamspeaks, servers in the day, and fucked more of them up then I can count but people still trusted me and gave me chances, just like VM and that's why my heart and soul will die with this family. I may no longer be in UT, but I'll be in future games, wearing this tag, recruiting, pulling people into us, into Discord, onto FB, even the forums, making us bigger, badder and stronger then ever... letting them know our roots and where I started, the game that created the Man, the Myth, the Legend, the BAW$ that I am.

There's a gentlemen that messaged me, his first name is Matt... he played on Roseanne's Bum, I recruited him in -=SIF=-... He messaged me on 7/14... 19 years later, and I still keep getting members and players contacting me from the past. PuTwAcKi was his gamer name... he might be returning.. Guess where I'll be bringing him :) VM is a family of gamers, for gamers, that play together and I hope that the next generations, like PuT's young ones, and my neice, and RJ's, and Venom's and Grim's, and the rest, join VM in the future. Another ex co leader of -=SIF=- comes around on our Discord, ghost... They all remember; me, UT, us, you. Just like, Ryan, Manga's friend.

Funny story, I talk about gaming to my boss... he talks about Doom, Command and Conquer, Unreal Tournament to me before I mention it... :) Gaming, it's in all our bloods.

Thank you for 19 years of entertainment, and letting me be me, no matter the mask I wore ;)

Congrats on the 8 years. Lots of memories for sure Been playing since ut demo and I can totally relate. Being on and off with this game safe to say I fully retired from UT as well since early 2020.

It's. about. time... I thought you'd never quit. Welcome to 2020, I know you've spent your last decade trapped in a time warp but here in the current world the format of arena shooters is no longer relevant. That time has passed and what a time it was, in a large part thanks to you. Everything you've described and everything in between was surely a roller coaster to remember, for good or worse. You've absolutely made a name for yourself in multiple communities and have given everyone you've come in contact with a hell of a fun time with all your crazy stipulations, events, and you're nack for stirring the pot on occasion. It was fun 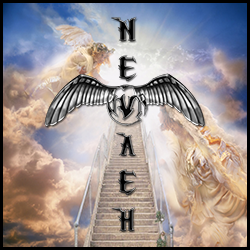 I never post here but when I heard of CandyMans retirement I was like whaaaaa !? Never thought I’d see you go! Thanks for being my first friend on the VM servers years and years ago! And thanks for introducing me to acid who you know has become one of my best friends! It was fun playing all those games with you!

Bullshit. Out of all the times someone makes a post on this forum, you come out of the woodwork and make a post when I retire? I don't know if I feel flattered or honored.

PM me sometime, so we can catch up :) It's been too long. I hope you're well.